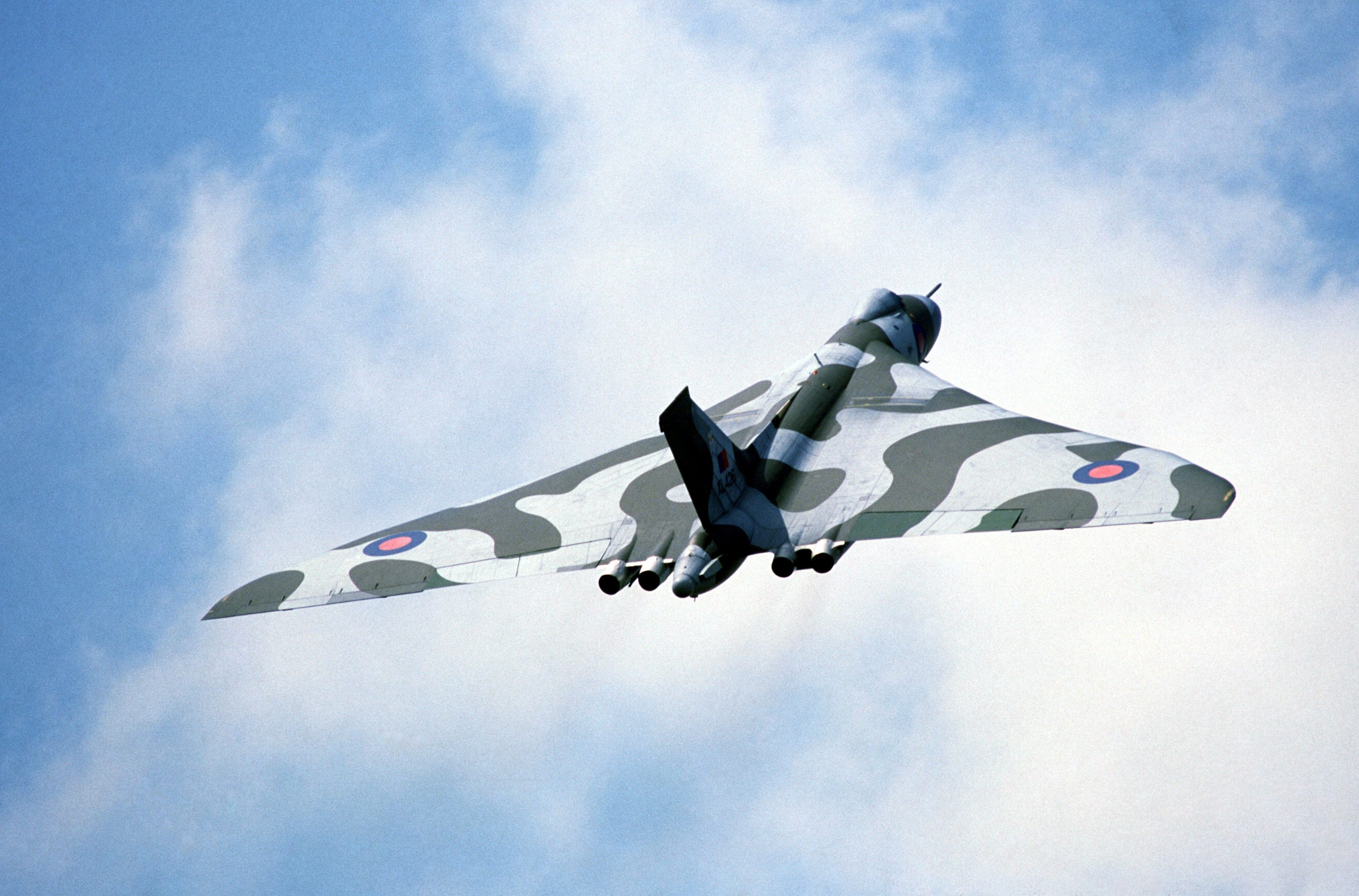 On the 13 Sept 2015 I saw the Avro Vulcan fly for my last time. I was geocaching with Sally near Coventry airport when I checked twitter and saw that the Vulcan XH558 had taken off from Doncaster heading to Coventry for a display. This wasn’t on the official list of shows that she was doing but I was excited and ran the mile or so to the end of the runway.

Before XH558 was due to arrive there was a short display by a Gloster Meteor and a DeHavilland Vampire.

Once these two planes had landed I could see the Vulcan in the distance. I had seen her recently while I was at RAF Cosford and the noise was stunning. It had been a long time since I had seen a Vulcan fly. I used to watch them at airshows in the 80s. The noise then was always incredible and I distinctly remember an occasion at a Duxford Airshow when she made my stomach shake. The Vulcan flew past a few times and did some lovely throttle-up manoeuvres. All in all it was great to see her fly for my last time. I’m glad I ran the short distance to the runway.