Motörhead are one of those strange bands for me where I listened to the absolute best of them and sought out further music but found it all disappoints slightly. I’m not sure I’ve even listened to this album.

This is a monster of an album. Buy it. Play it. Love it.

I was meant to see Motörhead play in around 1990 with two friends, Smith and KH. That didn’t happen because of a falling out between me and KH. I didn’t go. I’ve heard the show was really good. Oh well. I had to wait until 2013 to see Motörhead live at Download Festival and they were OK but very much a product of their time. This album though captures them at their very best.

I bought this on tape [music cassette] waaay back. I can remember listening to it while I worked at Cossor Electronics in my “gap year”. I had an AIWA portable cassette player with bass-boost and this album was a great kick in the ears. Gap Year is in quotation marks there because I never intended to go to university but things happen, maybe I’ll write about it here.

I think the thing that this album surprised me the most was the elegance with which Lemmy plays the bass and how his rolling riffs and scales really fit the music. I’m not sure I’d be able to hear this subtlety live but in this album it shouts out.

Just before the band play Motörhead Lemmy says “Just In Case”. This phrase echoes through my brain, it’s there as a constant catch phrase, I’ve thought about it a lot. I’ve written it on pupils’ leaving books in the past and referenced this album in the hope they listen to it. The bass playing explodes out of the speakers and knocks you flat. It’s an amazing song and the rhythm of the vocals makes me smile. I don’t really know what Lemmy sings, it’s not thing – vocals, I leave those to Smith.

Everyone should own this album, even if it’s to put on at the end of a party to get rid of everyone, or to celebrate a great night. Go and buy it.

Every now and then I buy a Motörhead album and pretty often I am disappointed. There is a good reason for this. “No Sleep ‘Till Hammersmith” is a live album that will [eventually] be reviewed here. I will let you know now it’s the dog’s bollocks, an absolutely brilliant album. And that’s where the problem lies. All other Motörhead albums are going to pale in significance. 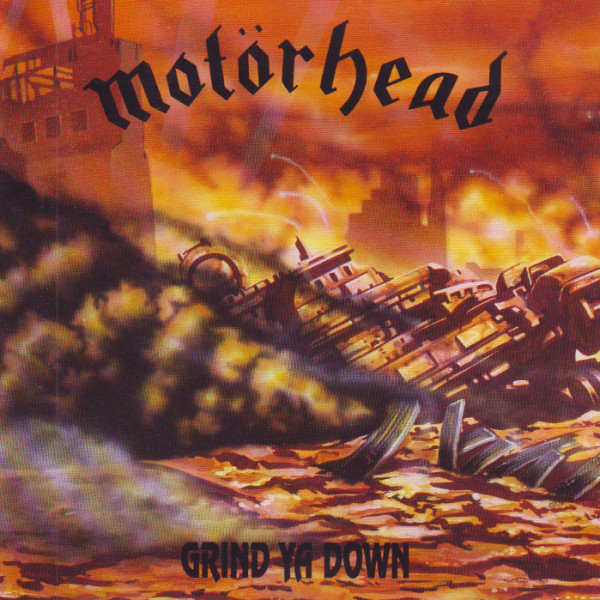 As far as I can make out this is a compilation album, probably to make a quick profit for those liking the whole “Ace Of Spades” thing. The track listing has some very good songs, but when you have already heard them on the aforementioned live album these songs seem a little bit tame.

I suggest you just get No Sleep ‘Till Hammersmith.

I honestly have no recollection of purchasing this album. Considering there is only ONE Motorhead album worth owning I’m surprised I’ve got this one. Maybe I got it to have the studio versions of some Lemmy classics:

That’s it. That’s the great songs on this album. It’d be better to just have the ONE album.

NO SLEEP ‘TILL HAMMERSMITH