I recently spent some time in the A&E department of a Kent hospital. This may or may not have been related to the previous communication. While waiting for the hours to pass I read every poster and most of the magazines in the minor injuries department. This is mostly foolish as none of it is interesting. I did see this though:

I will highlight some areas of this poster. You can click on the poster to see a larger version.

Apparently 72% recommend a service, maybe. We aren’t made aware of what those 72% are recommending. It could be the coffee from the machine [I didn’t see one]. Without knowing the question this set of data make no sense.

The percentages for these have been given to two decimal places, just in case you were desperate to know. Again we don’t know what question was being asked. The poster doesn’t say.

As for the two charts, these tell us nothing new. Absolutely nothing. They replicate the data given in the list. They are utterly pointless. I’m not known for being a fan of pie charts and this one is terrible. In my opinion if you’ve used a pie chart you haven’t done the best you can in interpreting your data.

Then, most helpfully we get a list of the most recent types responses to a survey question WHICH WE DO NOT KNOW.

Now we can guess the question. We also have a pretty good idea of what all of this means, but we aren’t told. This poster could have been way more informative, way simpler to read and quite a bit clearer. It says the same thing THREE times.

I’m not really having a go at the hospital. I imagine that they have been told it’s a target to make sure they have these feedback responses pinned on the wall for all to see. The hospital doesn’t have enough time or money to do this well and so they rely on a bit of software or an external agency that then does a print run and these things are pinned up all over the place. If hospitals and the NHS could be left alone to get on with their jobs, if reform was stopped, if the staff were listened to then maybe, just maybe, things like this useless poster could be stopped and the service returned to the excellence it once was.

YES I blame the tories.

Much like the shit that is happening in education at the moment.

I’ve had to write this communication because some of my pupils at work have told me to. Very kindly they got me a card for being their form tutor. It contains some nice words but is titled:

For a special sister [parish]

The also got me a poster for my room. It’s cool. 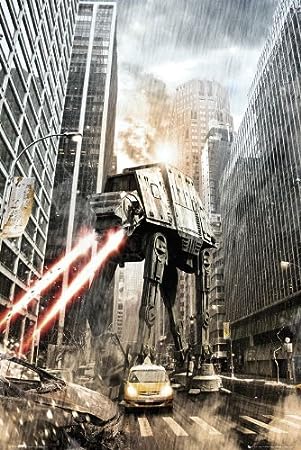 Thanks very much, Andy and Harrison.