Perhaps as I get older I become less tolerant? I honestly don’t think that’s true. The more I learn about people and the world I am more accepting of the differences between us all. Except hate. I think I expect everyone to be as tolerant as me when I know a lot aren’t. For once, the golden rule applies pretty well: be nice. This should be followed by one of my mum’s favourite sayings which was: if you can’t say anything nice don’t say anything at all. I do believe you are allowed to think whatever you want but your actions should always follow the golden rule. What I’m trying to say is, this communication might not be as bad as I think, some of you might look at it and shrug, I just found the subject in poor taste.

I was playing Gran Turismo Sport yesterday and racing online. The races this week are GT3 cars around the Red Bull Ring in Austria. It’s a pretty fast track with some corners that really require you to cope with understeer with plenty of downhill braking and off camber. There’s also two corners where early power on the exit will have you over-steering. I’m not sure it’s a favourite but it is a good challenge. 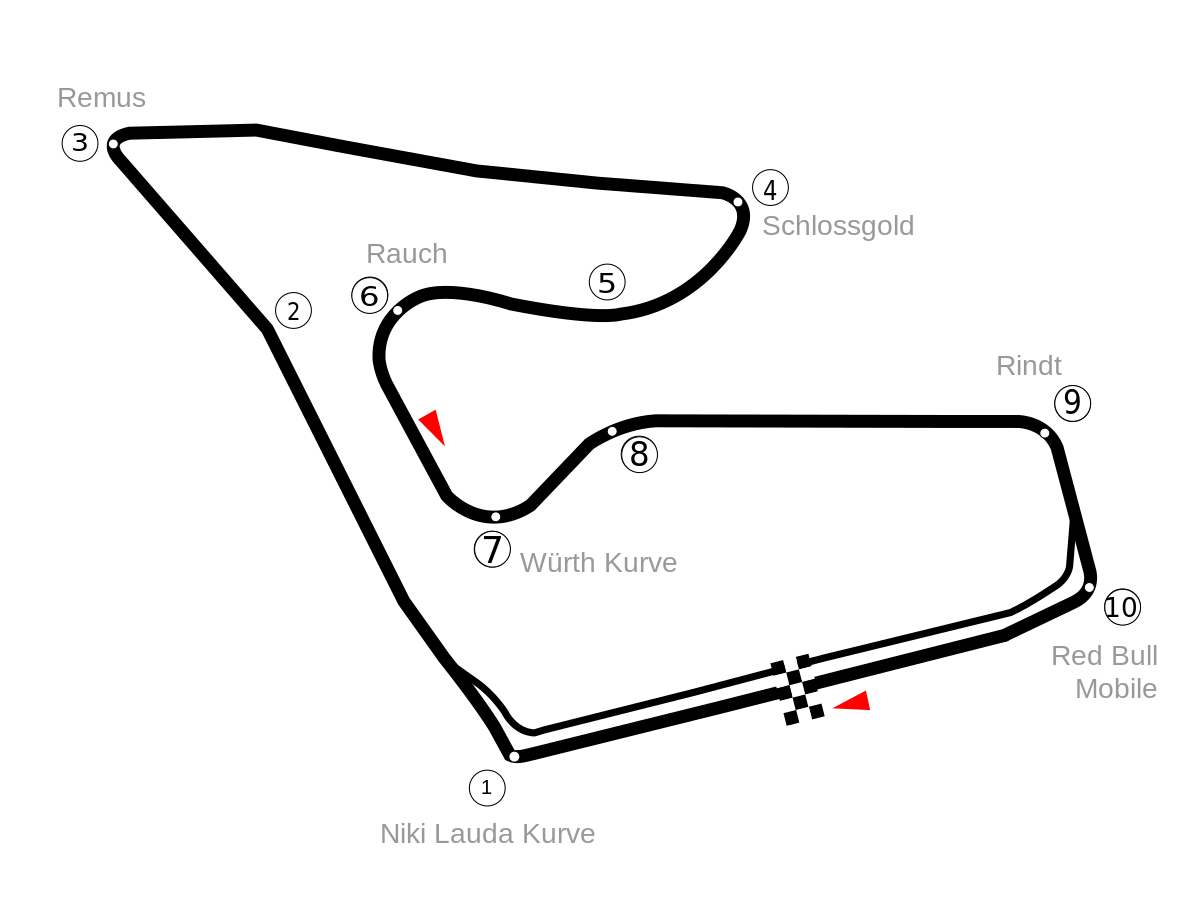 Corners 1 and 2 require gentle power on exit, definitely avoid the kerb on the inside and maybe short-shift to avoid oversteer. Corner 3 has downhill braking and is tighter than you think, everytime!

Anyway, when the entry list came up on the screen I was a little [not shocked] bothered by two of the PSN names that people had chosen. Now, I often have to remind myself that it is likely that most players are not as old as me and most haven’t been playing as long as I have. You can tell by my PSN name, Kertz, that I got in early when selecting usernames. It’s like my personal email address which is just my name and zero numbers, being an early adopter has its uses sometimes. Here’s the entry list:

Maybe people think it’s a giggle to have a funny name? I’ve seen plenty with 69 in the number. Qualifying in second place is Jack-T-Ripper1. The addition of the 1 is curious and might mean that Jack-T-Ripper was already taken? I’m not sure it’s a good thing to have your PlayStation identity the same as a serial killer of women, maybe it shows a deep lack of respect? Maybe it’s a laugh and I just don’t get it? If I think about some of the lyrics to songs I like then naming yourself Jack The Ripper isn’t that bad. Oh dear, maybe I’m old.

Then, qualifying in 11th place is a certain Wernher_V2_Braun. For me this is more worrying but again, maybe I’m just being a little sensitive. This Dutch player has taken a name based on a user of slave labour in the second world war. Yes, Von Braun created the technology to launch the American space programme but he also used slave labour in his factories. I do not know whether he had Nazi ideologies but he is a very complex character. For me, the fact that the Dutch player included the V2 as part of their name is the most disturbing part. They could have had F1 which was the engine that took man to the moon, but no, they chose the Nazi ballistic missile called the V2, as though they are paying homage to that programme.

As much as how we present ourselves shouldn’t change the opinions people form of us, it is what they do. The human brain makes judgements really quickly and it’s hard to get away from that. Does it matter whether I wear a suit or not? Does that really affect my ability to perform my job? No. Should I wear a suit? I don’t think so, but the image creates a power. It’s why we have uniforms for those in positions of implied power. So, are these two people assholes? I don’t know. I would like to think they are not, but if you think it’s OK to name yourself after a serial killer or a man responsible for the deaths of thousands with allusions to those deaths then perhaps you shouldn’t be advertising your thoughts. Maybe this is a case of internet-balls. I don’t know. I honestly believe you should be able to think what you want, but externally you should be nice. I think I find these identities distasteful while at the same time thinking I’m wrong for thinking that. Argh, conflicted.