This album is so very important to me. I’m not sure I’ll be able to get across why but I’ll give it a go. The most talented writer I am not.

My earliest memory of rock music is being in the back of the Smith’s car and they decided to play this via a music cassette. I can remember being driven in a Ford Granada along Gilden Way in Harlow and all the members of the Smith family banging their heads up and down. I’m not sure I understood what was going on. I was young, somewhere around ten. This whole event seemed strange. I form of loud guitar music when you move your head.

I’d only been exposed to Abba and Jean Michel Jarre at home. I don’t think there was any rock in the house. There might have been some of The Shadows but nothing particularly heavy. We have to skip a bit after that and it’s worth reading this communication about my descent into metal music. Music back in those days was hard to find, it was exciting to be able to listen to something you had search for, something others hadn’t heard, something that was your own. It’s like finding that one book that really affects you but no-one else has read.

I don’t know when I bought this album. I expect I had a taped copy for a long time. I’m pretty sure I have a CD version somewhere now but, of course, it’s all digital and on a NAS now.

What amazes me about this album is that it is a complete and fully-rounded rock album and it was released in 1974! I probably expect that rock started around 1980, when I became music-conscious, of course every generation likes to think they invented sex (or music). 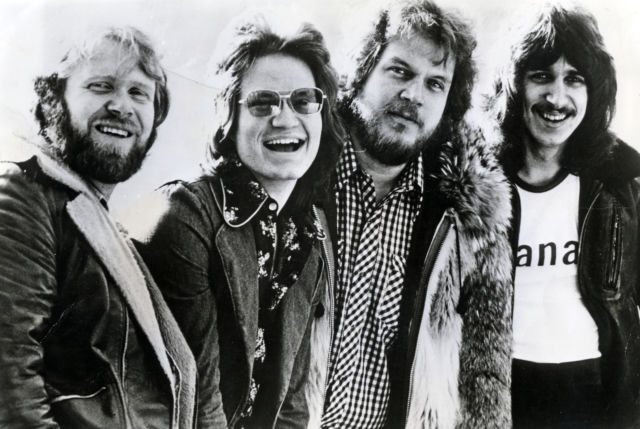 I have loved this album for over thirty years and I expect I will continue to do so. There isn’t a song that is fast or crazy. Just a complete album of well-crafted songs that make you want to dance, or smash your head on something. I’ve always been amazed at just how beautiful the two lead guitars sound when they solo together.

This album isn’t metal. But it’s some of the finest blue-rock you can find. It still holds it own forty five years after release. If I had my way either everyone would know this or no-one. You aren’t good enough for this music.